SEVIS is a system through which the US tracks international and exchange students. Every international student applying for a US visa should get enrolled under SEVIS
Each year more and more international and exchange students enter the United States. In fact, 1.2 million foreign students entered the US in 2012 for the expressed purpose of studying and attending classes. All of this has put some extra pressure on the existing systems in order to track and monitor these students. But exactly how and why are these actions deemed necessary? 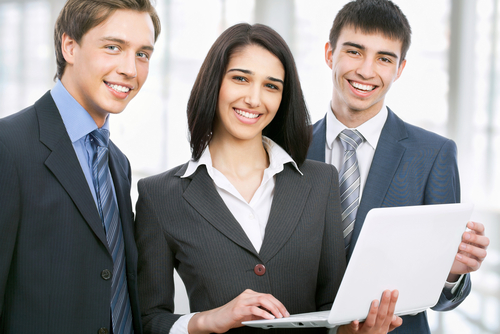 Types of US Student Visas:
Before you can come to the United States to study, you will need to obtain a student visa. The three most common types are the F-1, the M-1, and the J-1 exchange visa
• The M-1 Student Visa: This is for students enrolled in non-academic or vocational training. Normally valid for one year, there are possible extensions for up to three years.
• The J-1 Exchange Visitor Visa: This will allow you to participate in work and study based exchange visitor programs. It will also usually involve sponsorship by either an exchange program or a government scholarship.

Tracking Via the SEVIS System:
Before applying for the visa, you will also need to be enrolled in the Student and Exchange Visitor Information System (SEVIS). This is the program and information system used by the US government to track international students. It is essentially an electronic network of colleges, universities, US immigration services, and US overseas consular posts.

To enroll in this system, there is an added fee (currently $200, although different programs might vary somewhat). Remember that this is a mandatory enrollment and you should retain proof of payment in order to present to the officer during your visa interview at the US embassy.

Generally speaking, it is the school officials who will have the most access to the SEVIS system. At each institution there should be a single Primary Designated School Official (DSO) who is authorized to access and update the system with changes in your status. Possible changes may include your legal name, US address, major or field of study, education degree level, funding, and authorization for off-campus employment. The DSO is also required to report changes which would constitute violations of your visitor visa status, such as academic suspension, criminal conviction, failure to enroll, and unauthorized off-campus employment.

Why The Need For International Student Tracking?
Sadly, there is a need for this level of tracking. After the World Trade Center terrorist attack back in 1993 it was discovered the driver of the Ryder van used in this bombing had entered the country on a student visa and then dropped out, remaining in the country. He was not heard from again until the bombing. This brought attention to the problems and abuses which were prevalent in the system at the time, such as falsifying documents to obtain such visas and an antiquated INS paper processing system which meant it could take up to two years to detect instances of fraud.

The SEVIS system was formed after it was again discovered that at least one of the terrorists involved in the 9-11 attacks had entered the country through abuse of the student visa system. The person involved never even bothered to show up on campus and no timely notifications were made. SEVIS continues to develop and improve, undergoing six major revisions to resolve technical problems and accommodate new reporting requirements.

Continued Issues With Student Visa System:
Despite tracking through the digital SEVIS system, there are still some issues. In fact, the Department of Homeland Security has lost track of more than 6,000 foreign nationals who have overstayed their student and visitor visas and then essentially vanished. According to recent figures, more than 58,000 students have overstayed their visas in just the past year, although it is those 6,000 that are most worrisome because they had been referred to agents due to heightened concern.

In the future, look for legislators to work on closing these security gaps. That might mean additional reporting and perhaps extra ways and methods used by US and school officials to track foreign students. At the very least, international students who don’t make it onto campus or show up for class will be investigated much more quickly than before.